Usually when I talk to my friend and mentor, Gerald, I share certain things I’ve learned from him here. So, here we go!

Why? Because all too often we expect a major change with little results. We expect things to happen for us and to change for us without putting forth the effort or making the challenges that are necessary.

I listened intently to the examples Gerald made about sacrificing. He touched on the importance of sacrifice in Old Testament scripture as well as the daily sacrifices we make.

Thing is, we have to choose to make those sacrifices.

We take on the second job so we can make ends meet or save up for the vacation or for the next big project we have up our sleeve.

We stay up that extra hour after our normal bedtime to write or blog or draw that comic strip.

Otherwise, everything stays the same.

Now, supposing that you’re unbelievably frustrated and tired and simply bitter and the idea of sacrificing and…dare I say it…sacrificing more, is a bit overwhelming.

The conversation between Gerald and I finished with the encouragement to continue sacrificing.

Because the truth is this…you can’t quit before it is time.

One Life Lesson From A Couple of Months of Marriage 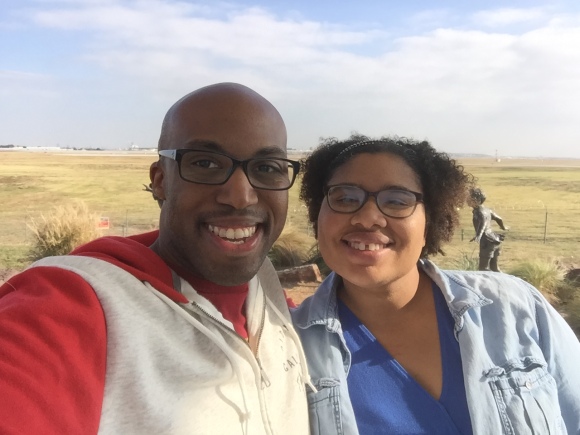 At the writing of this particular article, I’ve only been married to Rachel for about two months.

Of course, when I say that, I’m often accused of having “honeymoon feels.” But I can understand that sentiment too. I still stand by what I said, though. I love Rachel and I love having the newly upgraded life of husband to a beautiful and supportive wife.

Even though it has only been a couple of months, I have been able to see at least ONE thing that has made the reality of marriage so unbelievably amazing:

The Ability & Support To Do More!

All within the time that Rachel and I have been married, we have already accomplished some really cool personal goals.

We have seen some things that we both individually and collectively would like to work on. And we are planning some really amazing adventures for the future!

None of that could truly be possible without Rachel in the mix!

My lifestyle has totally changed since I got married.

I’m taking more vitamins and considering my overall health more because my wife and her family is focused on the health and well-being of themselves and others.

I’m actually eating food that’s cooked at home rather than living off of bag after bag of quickly processed food…with a side of fries.

Singleness did have its benefits. I was able to actually grow and learn and spend time by myself with the Lord. I was able to walk through some deep issues of brokenness and face fears and failures that would’ve otherwise made commitment to married more challenging.

Now that marriage is the new reality, I am both humbled and grateful and watchful. So far, it has been a fascinating and wild ride.

It has only been 2 months. And so far, I feel like multiplying that 2 by multiples of forever.

Detective Conan on Humility, Servant Leadership and Being Like A Child

For the past few days, I have been watching one of my favorite anime’s, “Case Closed,” which is also known as “Detective Conan.”

“Case Closed” is about a high school student, Jimmy Kudo, whom after being drugged by a crime syndicate and left to die, turned into an 8-year-old boy. Adopting the alias, Conan Edogawa, the famous young detective now has to solve crimes as a little kid while using his close friends’ father, whose a detective, as a cover and a way to find the men who poisoned him.

A gifted detective, masterful in deductions and all things mystery, Jimmy Kudo lived in the spotlight of popularity. Girls loved him. Men were jealous of him. People were amazed at his work at such a young age.

But, Jimmy Kudo, now known as 8-year-old Conan, was not humble at all. Kudo was so into his own world, his own interest and his own desires and the attention he was getting, he was missing out on the fact that ONE person really cared for him deeply, Rachel Moore, a girl he’s known since childhood. But, his focus was on the thrill of doing what he loved to do and the fame that came with it.

Then…everything changed. He was not careful enough. After being ambushed, he was knocked out and poisoned. He should’ve died, but the poison caused a side effect that turned Jimmy into who we now know as Conan. And to make matters more interesting, he’s forced to stay undercover under his new name at Rachel Moore’s house, where her father, Richard Moore, was a detective whose work was not all that great.

While watching the series, two things I noticed immediately. Both Jimmy Kudo (Conan) and Richard Moore had the same problem: humility. Jimmy lacked humility while he was brilliant in the art of detective work. Richard Moore lacks the intense skill that Jimmy has but genuinely believes he’s the best and is incredibly prideful.

Conan was literally humbled into a position that would require him to serve someone else in order for himself to be served. Conan understood that he wasn’t going to get to where he needed to go in life unless he helped Richard Moore go from mediocre to great!

I could only imagine the kind of heart and mind change it took for Jimmy Kudo, now Conan, to go from being a great detective who was admired by all to being a little kid.

At first, solving cases was just for personal interest. Now, it was a matter of life and death. It was a mission. There was a purpose behind it.

It was more than just for a rush and admiration. It was now all about determination and getting his real life back. But, he couldn’t become great again…until he became a child again.

What we can take from the series and from the main character is that to be the greatest is to be a servant. 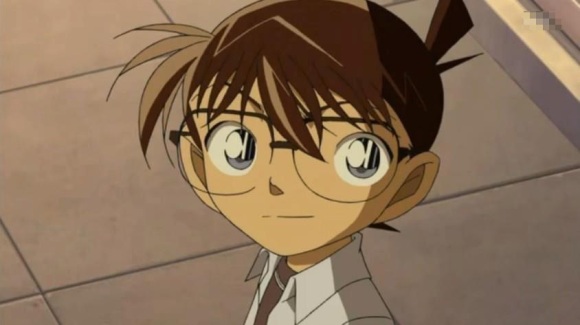 In Matthew 18:1-5, the disciples were discussing who would be the greatest in the Kingdom of Heaven.

Much like Jimmy Kudo, the disciples saw the Kingdom of Heaven as a big prize here on earth, not something of higher, eternal value.

Jesus calls a little child to Him and set the child in the midst of them. He explains to them this:

Much like Jesus makes the point of being converted, which here literally means, “to change.” The Message Bible, as I paraphrase it here, says that unless you go to square one and start over like children.

Greatness comes from serving. Humbling yourself as a child is a part of the Kingdom of Heaven living style.